The November issue of Szombat opens with the debate between Péter Feldmájer, the president of the Alliance of the Jewish Communities of Hungary and Gábor T. Szántó, our editor-in-chief, on whether the Alliance, the main organization of religious Jewry in Hungary is truly undergoing substantial renewal, or the showy statistics just serve to conceal the lack of a genuine renewal. The statis­tics placed at our disposal by the president is analyzed in a separate aiticie. The “Home Affairs” section also includes Emil Várai’s review of the draft bill, proposed by President Ár­pád Göncz, against defamation and racism.

How has the late Prime Minister’s assassination affected Israeli society and what will happen in its wake? – questions pondened by Ye­huda Lahav in our section on Israel. We have also included here two readers’ letters: one from Israel and one from the US. Another article reviews how the kibbutzim can only maintain their communistic welfare system through an effective capitalistic economy.

Based on an article that appeared in Der Spiegel, we survey how the Stasi, the secret police of the Germán Democratic Republic committed Fascist provocations in West Germany in the 1950s and 1960s.

An essay found among Béla Tábor’s posthumous papers is entitled “The intellectual community of Jewry”. An ardent follower of Franz Rosenzweig Tábor is the single Hungarian Jewish philosopher whose thought was deeply infiuenced by the Jewish tradition. We also publish excerpts from the memoirs of Tábor’s widow.

In this issue we publish the second part of Gershom Scholem’s autobiography. In the li- terary section we have included reviews of three books: Judit Elek’s Ébredés (Awakening), Judit Molnár’s Zsidósors Szegeden 1944-ben (A Jewish life in Szeged in 1944), a survey of the deportation of the Jews from southem Hungary, and Lilly Kertész’s Min­dent felfaltak a lángok (The flames have swallowed everything), the memoirs of a Ho­locaust survivor. 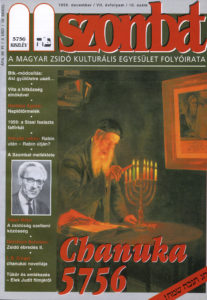 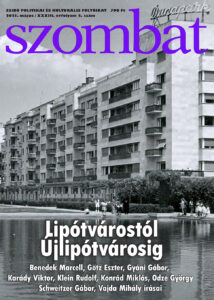